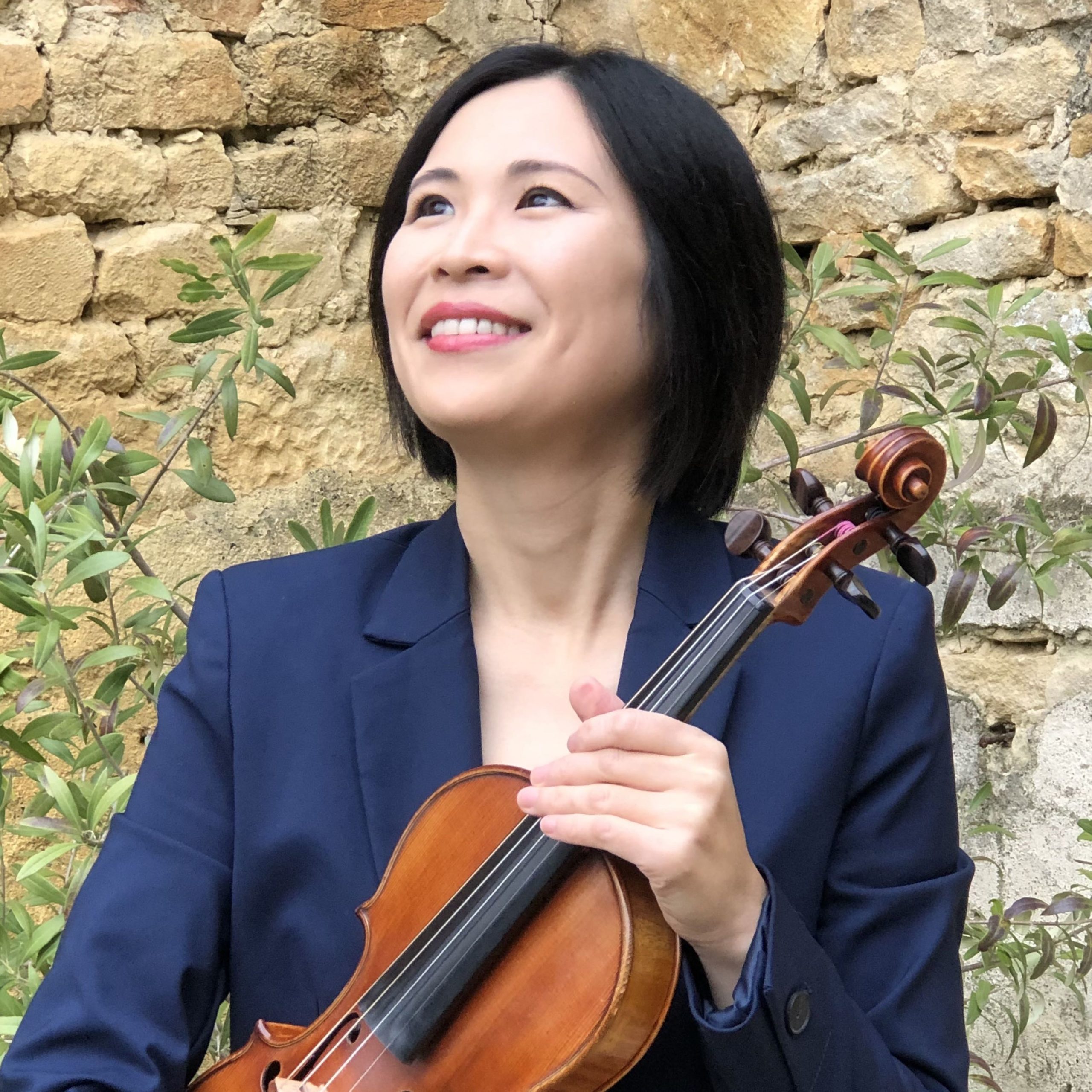 Born in France, Yuriko KASE began playing the violin at the age of 3 with Mari YASUDA-RACLOT. She continued her studies at the Conservatoire Rayonnement Regional (CRR) of Bordeaux in Jacqueline COMMENGE’s class.

She was admitted to TÔHÔ-Gakuen High school of music in Japan in the class of Kyoko SUZUKI, where she obtained the diploma of End of Study in 1998.
She won the Young Hope Prize at the Japan International league of Artist Competition in 1997.
In 1998, she was admitted to the Conservatoire National Supérieur de Musique de Paris (CNSMDP) in Olivier CHARLIER’s class where she won the First Prize in violin and obtains the Higher Education Diploma in June 2002.
She also studied chamber music with Roland DAUGAREIL, Jean-Noël CROCQ, Frédéric STOCHL, and Haruko UEDA. Since 2003, she has been the first violin of the Lamy Quartet, with whom she was perfected her chamber music skills, notably in the class of the Ysaÿe Quartet at the Conservatory of Paris (CRR).
She has been invited to many international festivals, notably to « Les Estivales du Frau » with Maxime THOLANCE, Liza KEROB, and Marc DESMONS, to Ajigasawa Music Festival « AMF » in Japan as a violin and chamber music teacher with Georges PLUDERMACHER and Dimitry FEYGIN, and at the Music festival in Hachiôji in Japan with Alain MEUNIER in 2008.
From 2003 to 2007, she was a member of « Les Siècles » orchestra conducted by François-Xavier ROTH, and participated in the « Folle journée de Nantes », « Folle journée à Tokyo », on the TV show « Presto » on France 2.
Since 2010, she has been the artistic director of the Fleur de lis Music Academy School :
https://www.facebook.com/ecolefleurdelis/
She regularly performs in concerts as a soloist and gives master classes at Summer Academy Opus 74 in Flaine :
http://opus74-flaine.com/